Marcus had been homeless for 23 years before securing a place at our hostel in Westover Road. He says it’s the best place he has ever been. 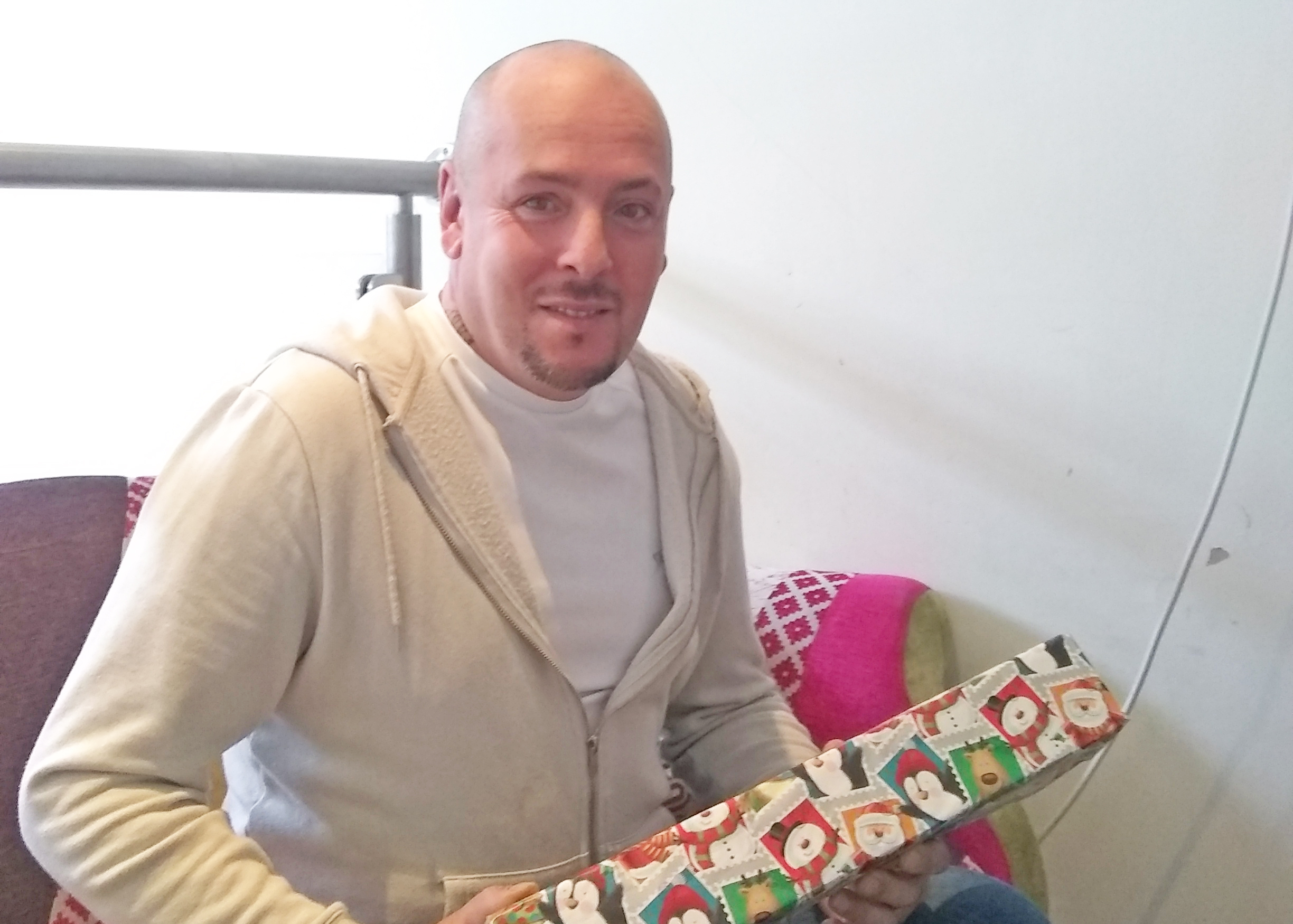 Marcus was just two months old when his mother left their home in Dublin and her son in the care of his grandmother. “I was a bit of a handful,” says Marcus. “Later I was diagnosed with ADHD but back then it wasn’t recognised: I was just ‘naughty’. As she got older, his nan simply couldn’t cope and Marcus ended up in foster care.

At 15 years old, Marcus ran away and travelled to Leicester. He met someone, had a child, got work and found a place to stay, but one night came home to find his partner  – who was heavily into drink and drugs – with someone else. It was a downward spiral from there, with all subsequent relationships involving drink or drugs. Homelessness in Wales and Bristol followed before he ended up in Bournemouth where he slept on the beach.

It was with the help of some ‘absolutely amazing’ Christians who visited him on the beach that Marcus finally secured a place at YMCA Bournemouth’s hostel. “It was daunting because I don’t usually get on too well with people, and being on the streets you’re often shunned and pushed aside. But when I got here, I knew this was the place for me. The staff are always there, seeing if I’m alright. I’ve had one-to-one support, help from a psychiatrist and now, from where I used to be, I’m totally different. It’s been brilliant.”

Marcus recently had his third Christmas at YMCA Bournemouth and the ‘Prezzies for Rezzies’ campaign, during which members of the public donate gifts to the hostel’s residents, gives him a particular boost. “I never got presents or any of that stuff,” he explains. “So when someone knocks on your door and gives you something without wanting anything in return, it’s like being a kid again. The people who donate don’t see the effect it has, the reaction on people’s faces. It’s knowing that someone actually cares.”

Marcus is hugely grateful to YMCA Bournemouth: “I don’t really think I’d still be here if it wasn’t for them,” he says. “To be honest, without this place there are a lot of people in here that wouldn’t be alive.”